You are here:
DigestionHealth and Wellness 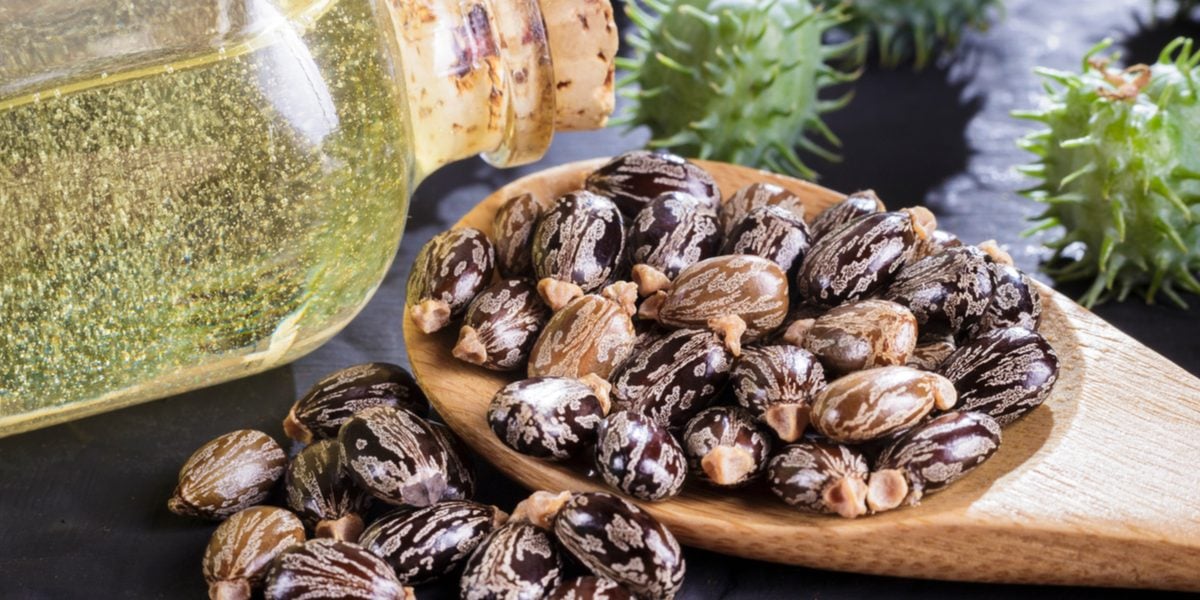 Castor oil is a vegetable oil that has been used medicinally for a very long time on a wide range of health conditions such as constipation, immune-boosting, circulation and skin moisturizer. Castor oil comes from the seeds of the Ricinus communis plant which is native to Africa and Asia. Scientific studies have shown that the active compound ricinoleic acid in castor oil provides castor oil with its many medicinal properties such as anti-inflammatory, antimicrobial and therapeutic healing effects. And the exciting news is, about 90% of castor oil is made up of this powerful ricinoleic acid.

A castor oil pack is simply a cloth soaked in castor oil and applied externally for healing purposes. The castor oil is absorbed through the skin to improve your body’s ability to assimilate nutrients, eliminate toxins and improve blood circulation.

This simple medicinal tool has been practiced in several different traditional medicines such as Ayurvedic medicine, traditional Chinese medicine, and naturopathic medicine. Tried and tested, castor oil packs have been known to promote healing, reduce inflammation, improve blood circulation and lymphatic circulation for detoxification and better health. Most of all, castor oil packs are well known for its healing powers against constipation and healing other digestive related issues.

The healing benefits of castor oil packs have long been known by practitioners of ancient and traditional medicine. Castor oil was also recommended by well-known psychic healer Edgar Cayce as the treatment of choice for many ailments such as allergies, skin problems, etc. due to its amazing anti-inflammatory and antibacterial properties.

Although more known for its use as a strong laxative, several research studies have now shown that regular use of castor oil packs can have a whole host of other health benefits. When applied externally around the abdominal area, castor oil packs can help strengthen your lymphatic tissue in your small intestine. Research studies have also found that the castor oil acted as an anti-toxin and help increase the production of lymphocyte in your body and help boost your body’s defense system. Over time, this has positive impacts on your overall health because it improves the functioning of your entire nervous and immune systems over time. [2]

As advocated by well-respected psychic healer Edgar Cayce, castor oil packs also have a whole host of positive physiological effects on your body, such as:

Your gut is the segment of your gastrointestinal tract that extends from the pyloric sphincter of your stomach to your anus. The mouth is the start of your gut. This is where food goes into your body. The food travels down the esophagus and then into your stomach and then into your small intestine. The small intestine is where the food is digested, and nutrients are extracted and absorbed into your bloodstream. Following the small intestine comes the large intestine where your appendix is attached. Your large intestine then connects upwards to your colon that crosses your body and ultimately connects to your rectum and anus.

Your gut is a delicate space and life’s stressors such as too little sleep, high consumption of processed and sugary foods can have a negative impact on our gut microbiome.

When you have too many bad bacteria running the show in your gut, your health suffers because your digestive, immune, nervous and endocrine systems all communicate and interact with one another. And when the center of it all – your gut, is not functioning properly, your body will tell you in many ways.

Some Common Conditions Caused by Leaky Gut or Gut Issues Include:

The use of castor oil packs can help improve your overall digestive system and gut health and help eliminate many of the health conditions triggered by an unhealthy gut.

As mentioned, castor oil has been used for a very long time as a natural laxative and therefore is a great natural relief for constipation. Considered a stimulant laxative, when ingested, castor oil helps stimulates your bowel to move more and the increased motion will encourage your stool to pass through your intestines and out of the rectum. However, you need to be aware that stimulant laxatives such as castor oil should only be used sparingly for constipation. This is because long-term use of such constipation remedies can cause your bowel muscles to stop functioning properly.[3]

Castor oil for constipation relief can also be ingested. The laxative effects can take place as soon as 2 to 6 hours after ingesting about 15 milliliters of castor oil for adults. Therefore it is recommended that you take it during waking hours instead of right before bedtime. Also because castor oil has a thick consistency, it is usually diluted in a glass of water or fruit juice to make it more palatable and ingestible. There are also flavored castor oil preparations that you can buy at health food stores for convenience. Ingesting castor oil definitely has to be done with caution and ideally under the supervision of your healthcare provider or a professional nutritionist. [4]

Your homemade castor oil pack can be kept in the refrigerator and additional oil can be added onto the pack before each application. Each castor oil pack, once made, is typically good for about 25 to 30 applications.

However, note that castor oil when applied externally, should not be applied over broken skin.

Applying castor oil externally and directly around the abdomen has also be done for a very long time to relieve stomach bloating and gas. As mentioned, castor oil is can help stimulate your digestive muscles. Therefore, when massaged onto the abdomen area, castor oil can help encourage your intestinal muscles to contract to promote better digestion and therefore help relieve gas and bloating.

Hemorrhoids or commonly known as piles are swellings that develop inside and/or around your anus. They can be serious enough to cause bowel incontinence so do not take them lightly. Castor oil has very powerful anti-oxidant and anti-fungal, anti-bacterial and anti-inflammatory properties and therefore is an amazing natural home remedy for reducing the size of piles and also helps ease the pain from piles. You can use castor oil packs for piles by applying it to the affected area. Just make sure there is no broken skin at the site of the application.

Castor oil has also been shown to help improve your antioxidant status by improving the circulation of blood in your body. Castor oil can also naturally break down the biofilm that surrounds bad bacteria. Once the protective layer of these bad bacteria is broken, your healthy bacteria will be able to fight off these bad bacteria to help reset the balance of your gut microbiome.

The active compounds in castor oil can help improve your body’s production of T-lymphocytes that are essential for maintaining your immune function. These T-lymphocytes are important in helping your body fight against fungi, viruses, bacteria, and even cancer cells. A healthy immune system also means a healthy gut. Place castor oil packs over your liver once daily for a month with breaks every 3 to 4 days and you should see a difference in your overall digestive health.

Castor oil has also been shown to help promote blood circulation in your body, which helps to oxygenate your body for better health and boosting your body’s overall immunity against diseases.

Inflammation is huge when it comes to those of us who experience chronically bloated bellies especially from conditions such as irritable bowel syndrome, reducing inflammation can be a significant pathway to healing. The active compound ricinoleic acid in castor oil has amazing anti-inflammatory properties that can help reduce the inflammation in your body and allow your digestive system and gut to do their work to relieve your digestive issues.

Is it Safe to Use Castor Oil During Pregnancy

Castor oil is a really powerful laxative. For this reason, there are reports dating back to ancient Egypt suggesting the use of castor oil to stimulate labor. Studies today show that pregnant women who took a single 60ml oral dose of castor oil had a significantly increased chance of starting labor in 24 hours compared to the group that received no treatment. One of the negatives of using castor oil to induce labor is that many women are left feeling nauseated after taking it. [5]

Before you decide to try to induce labor with castor oil, you should consult with your doctor or health care practitioner. You need to exercise the same caution as with other ingested supplements and natural remedies, whether using them internally or externally. Every pregnancy is different. Castor oil might be dangerous if you have other complications.

Want to Work With a Functional Nutritionist?

I hope this article gave you some fresh insights into the wonderful health benefits of castor oil for your digestive system. It is such a tried and tested traditional natural remedy for digestive issues and a whole lot of other health conditions that probably got lost in all the new exciting advancements in medicine. If you need more help to get your digestive issues on track or creating your healing regime, feel free to CONTACT ME.

Check out the most recent articles on health and wellness.

It is my mission to liberate my patients by opening a new path to healing. With compassionate empathy as my underpinning, I am proud to offer genuine healing services to my patients. My patients’ successes are my greatest rewards. It is an honor to empower you with health and vitality.

Prebiotics and Probiotics: Your Gut Buddies!
May 18, 2020